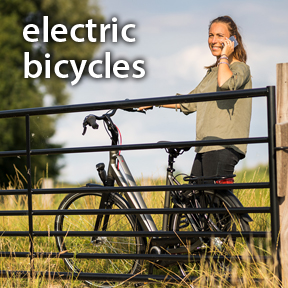 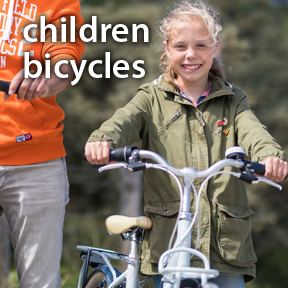 In Almelo (Holland) you'll find the oldest bicycle store in Holland. This family business are experts in Dutch bicycles since 1899. And with the fourth generation in the business, we hope to may be of service for many years to come!

Did you know that we've got our own Wikipedia page?

What brands can I find in your shop?

Since 1972 our showroom is located in Almelo. We have wide collection in new bicycles and accessories in stock. Because we're dealer from a lot of different brands, al off them of good quality, we're able to deliver many kinds of bicycles.

In the year 1899 the great grandfather of the current owner opened the first store in Amsterdam. A few years later he moved to a larger store in the same city.

Because of the growing business in rental, sales and repairs of bicycles, specially cargo bikes, the business expanded rapidly soo after a while five other stores in the same street we're openend and two stores around the corner. There were a few big customers as the Hollands Bank Unie (Dutch Bank Union, Central Bank Holland) and the Bank of Amsterdam/Rotterdam (now known as the Dutch large bank ABN Amro).

Not just banks but also the University of Amsterdam used all our cargo-bikes for transportation. In the near future the normal cargo-bikes were replaced with engine models with more luxurious wood and the colors/logo of the university on the outside. Back in the days those logo's we're painted by real craftsman!

For years the city of Amsterdam, specially the department of sanitation, was a big customer. Repairs on the public sewers in Amsterdam we're done by two man on a cargo-bike. These bicycles were used every day soo a lot of repairs were necessary throughout the years.

Of course there were numerous of small business beside the large ones. Bakers, butchers, laundries, chicken farmers and alot of different other business! They also used the cargo-bikes from and bike services.

After the introduction of the cars the cargo-bikes disappeared in the streets during time.

In the year 1964 the whole neighborhood was cleared during the construction of the Amsterdam Subway. All the stores from the company were moved to a different location. The bicycles were sold and maintained in this new store until 1980.

In 1972 the grandchild of the founder (Joop Harings) started a store in the city of Almelo. When the store in Amsterdam was closed in 1980 this store became the headquarter of the business. Since 1972 the store in Almelo is changed multiple times to adjust the space. The sales are still growing rapidly since the start.

In the years from 1973 to 1979 there was a huge market for racing bikes. Everybody owned one and the sales were huge. We had our own touring club and cycled about 50 kilometers a evening. We also organized multiple time trials in a nearby nature reserve.

About ten years ago we already saw the possibility the internet provided. We started building a online group of customers. Not only Dutch citizens from north to west, but also customers from other parts of Europe and even South-Africa and Mexico. In a early stage we claimed our position as one of the leading bicycle webshops in Holland.

Since the first of january 2015 the fourth generation of the family joined the company. Justin Harings studied IT and worked as a software programmer for a few years. The upcoming years are dedicated to grow the online business but we´re also working on our fysical store. Our vision is that the internet grows but people still want a store with experience, soo we´re keeping both!